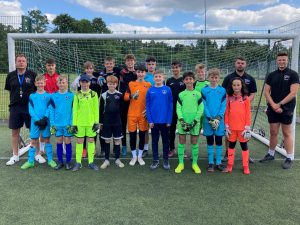 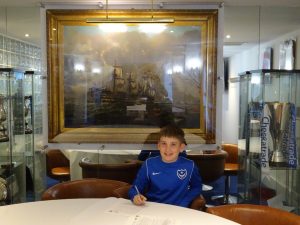 Hugo Shaw leaves our hugely successful academy after three years and has signed a 2 year contract with Portsmouth FC and we all wish him every success in the future, fully deserved.

We also have several other players who were previous Academy members and have now moved on to professional clubs, a selection of those are listed below.     Great news and we will keep an eye on them through the years.

Connor Hall (Chorley FC) – Connor played for Phoenix Football Academy in 2015 at the World Youth Cup in Sweden, and has enjoyed contracts at Sheffield United, Bolton Wanderers and Woking FC and had several loan periods at clubs, including Accrington Stanley and is currently on contract at Chorley FC and had a successful 2021 FA Cup run finally ending at Wolves in Round 4.

James Richardson who represented Phoenix at 4 Gothia Cups, captained our U18 squad at the Gothia Cup 2018 in Sweden in July, represented the English Schools FA U18 England squad in 2019.  This is a fantastic achievement for James who has been truly dedicated to pushing himself to the next level.

Pierce Bateson (New York Red Bulls) – Pierce represented Phoenix at the Gothia Cup 2016 and was a keen academy member and has recently enjoyed four years at Reading FC Academy.  An excellent young player with a great attitude and we will certainly keep an eye on his progress. Pierce now also represents Republic of Ireland U16’s recently playing for them in the USA.  Pierce has now joined the New Your Red Bulls.

Oskar Ohlenschlager (ex AFC Wimbledon) – Oskar played in the World Youth Cup in July 2016 with Phoenix and was an Academy member before joining AFC Wimbledon.  Oskar now plays academy football in Denmark and we wish Oskar every success in this new venture.

Jaye Long (Fulham FC) – Jaye played at U8/9 with the Academy and then signed forms with Fulham Academy.

We are certain that there will be many more to follow.

Most items are ordered on demand and not held in stock so please allow 3 weeks for delivery.

Items will be hand delivered unless otherwise requested.

Please note that all prices are inclusive of VAT where applicable. 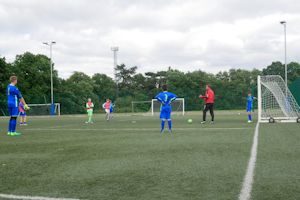 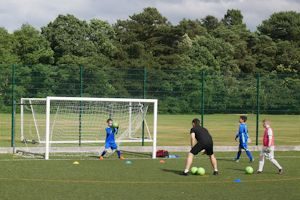 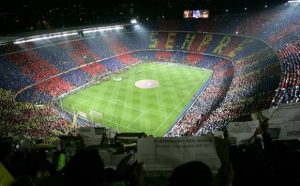 The coaches did a FANTASTIC job! The birthday boy and his pals had a blast.

The coaches were super friendly and helpful. All in all, a great party.

Girls Academy – Thank you for everything!!

Just wanted to share with you that Georgia won most improved player of the year, who before coming to you was having a huge confidence dip and often not started or subbed.

This weekend Georgia captained her 7 aside team and they won the Fleet Spurs Tournament (first time she has ever been a captain). Her manager commented that she had skills he hadn’t seen her use before, they have come directly from your coaches. A huge thank you for everything, Phoenix and Toby have been amazing.

The coaches were absolutely fantastic. They were brilliant with the kids, who all loved it, and worked so hard to help us set up and clear away. They went above and beyond in terms of effort, and the party was brilliant. Thank you!

The Girls Academy is the highlight of my week

Sophie told me last week that Phoenix Girls Academy is always the highlight of her week!

To let you know that Freddy REALLY enjoyed the camp yesterday. He said to me on the way home “when I do football camps, I only want to do this one!” so thank you to the team for making it such an enjoyable day!

What a fabulous party.

For 2 hours Ady and Franz had the boys playing all sorts of football games with a match at the end. The 11 boys enjoyed it so much that they were genuinely disappointed when it was time to go home. My phone was red hot afterwards from parents saying how much the boys had fun.

James & Oliver have been going to the holiday camps for a couple of years now and  they love it. I have already pre booked Oliver’s party for later in the year. I would strongly recommend Phoenix Football Academy to anyone for both the holiday camps and hosting birthday parties…

It’s my favourite football camp.  It’s fun, you can make lots of friends and the coaches are ace!   Archie

Archie had a great time thanks – it’s his favourite football camp!

Harry has just accepted a scholarship at Wheeling University in West Virginia. He is delighted, as are we, he will be playing as their first goal keeper in the NCAA Division 2.

We don’t believe we could have got through this without you! Continuing to train with you and Harry playing for Shinfield Mens team from 16 has given him the confidence to move forward.

We love the academy

Ethan absolutely Loves Phoenix Football Academy and we do too! You and your team are brilliant and are so so good with the children and makes the training so much fun.

Hope you all have a wonderful Christmas and a fabulous and prosperous New Year ??

A wonderful event and masterful organisation

Thank you for yet another wonderful event at the Gothia Cup and the masterful organisation.  My boys didn’t think last year could be beaten but there you go.  Can’t wait for next year.   Solene, parent

Thank you so much Ady and team, we have really enjoyed watching Josh develop his skills in football. He has learned so much,  Thank you for the opportunity to be in such a great program.    Brittany.

I just wanted to say Jack absolutely loves your football camp he said the coaches are great really good teachers, funny but also kind so thank you!    Bernice

Just a quick note to thank you for a good experience for both my children.
Aside from gaining football skills, they really enjoy all the children they are meeting from other schools. Your camp has a nice culture.

We would be very happy for our son to continue the coaching with Phoenix. In the short time he has been attending the academy we have seen a big improvement.

They’ve never enjoyed a camp as much as yours!!

I love coming to training. It’s fun and I learn a lot.

I’ve learnt lots and my game has improved when I play with my normal team. The coaches are really nice.